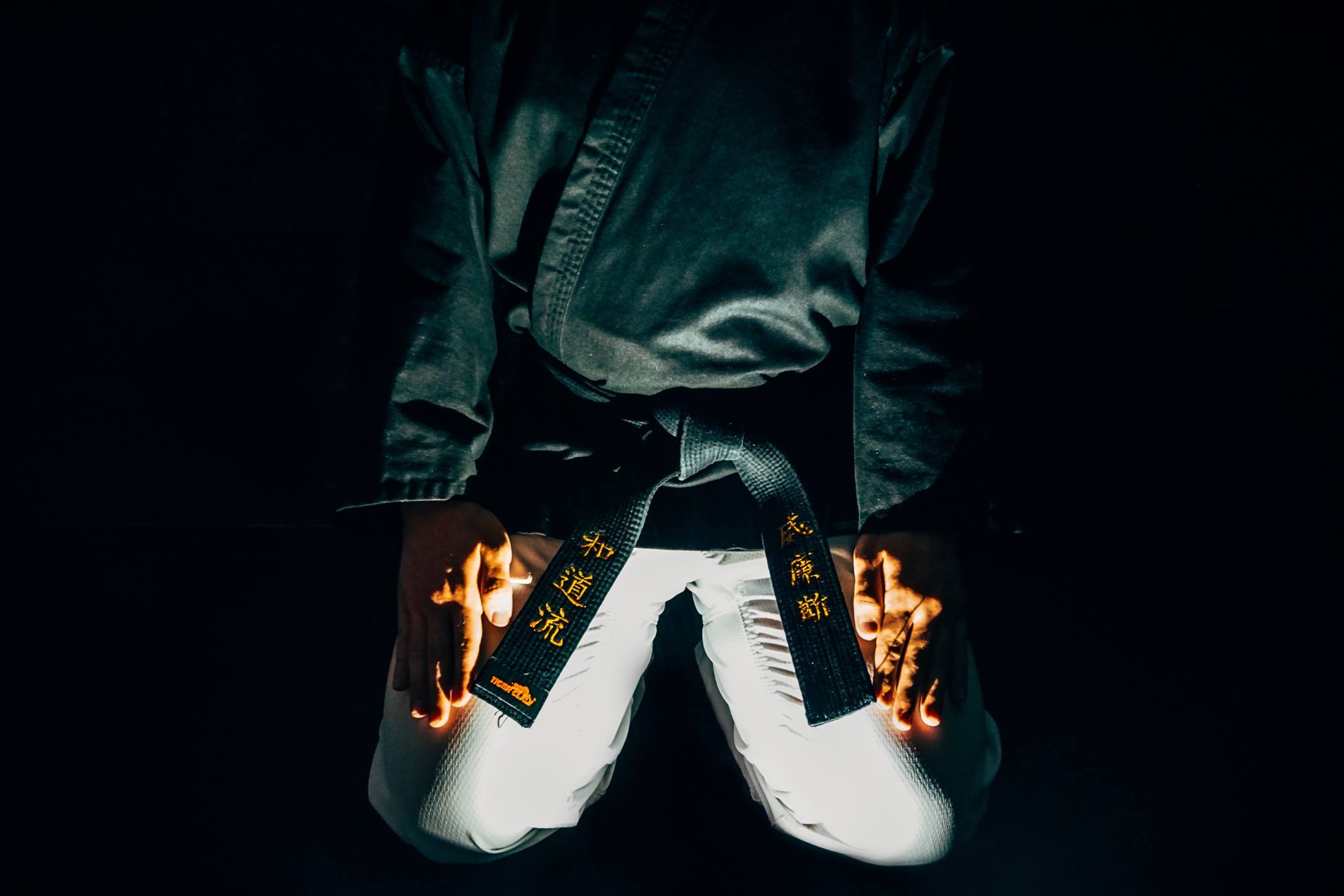 By stuart20th July 2020No Comments

This is the second entry from Andy Smith’s journey through training both in martial arts, and as a therapist, this time he discusses something which so many of us struggle with ‘impostor syndrome.’ Andy explores how considering his experience in martial arts helped him to understand and re-frame his own ‘impostor syndrome’ as a newly qualified hypnotherapist.

On Sunday the 10th February, I was awarded with the title of Nidan (a title given to second Dan blackbelts) and considered a full instructor of Fuseki. Present were my instructor Martin Smith (9th Dan) and Majin Gary Stringer (10th Dan) who ratified my grading. It lasted 2 hours and by the end I was physically and mentally spent. I was awarded a lovely Japanese handwritten calligraphy certificate, a new title and had praise heaped upon me by two guys with over 90 years of martial arts experience between them.

But I felt no different……I was no better than I was last week or even yesterday. At times I was still clumsy, made poor technical choices and was not quite as good as a 2nd Dan ‘should’ be.

In the same month I all but finished my classroom-based sessions with my tutor Stuart Cale and my peers with The National College of Hypnosis and Psychotherapy. I had one last piece of work to hand in which was well underway and once completed and successfully marked meant I would become an accredited Hypnotherapist. I’d aspired to this particular achievement for years.

I reached the end, handed in my case study, received a pretty good grade and that was it.

I had my certificate in my hand……But it filled me with dread.

I wasn’t ready to deal with people who came through my practice door.

The indifference and dread I felt were neither indifference or dread, they were impostor syndrome. That feeling you get when despite making the grade, you feel you are nowhere near capable. In terms of hypnotherapy I ruminated on endless questions…

“What if you don’t remember the confidentiality chat?”

“Can I deal with that particular issue that a client may bring?”

This got me thinking about impostor syndrome, and what it actually meant. In a nut shell, you receive some kind of accolade from someone vastly more experienced than you, only to begin the process of questioning;

a) Their judgement and

b) Your own hard work and ability, completely undermining every thing you have achieved in favour of thinking you aren’t up to it.

The first thing I can say about this is that you don’t just become a ‘something.’ Whatever it is you become, it didn’t happen overnight. The title and accreditation are a point in a long process. A process which began a long time before you got to this point and will continue for a long time after, just another step in the journey.

When I gained my second Dan black belt, I became “Nidan” a full instructor in Fuseki. I was no longer an apprentice instructor, I was a full instructor in my own right, but I was no better than the day before. The martial arts had taught me that you needed tenacity and patience to achieve anything of real value. Stuart had also explained to us on the NCHP course that UKCP accreditation was not only built on hard work and learning, but on tenacity. The key to this lies in self-improvement, the titles are there as a bench mark, and just that. If you simply do something just to gain a title the reward may prove to be very hollow and short lived.

So become whatever it is that you want to be; enjoy the training, embrace the challenge and hard work, let the mistakes and knock-backs that you will inevitably suffer galvanise you into a better version of yourself, and whatever it is you are working towards.

I got to thinking about therapy; how the hours of reading, discussions in class, the research of hypnotherapy and psychotherapy that help prepare us for our assignments. It’s the same practice as the hours and hours of shadow sparring with the stick, recognising and reacting to whichever strike aimed at you materialises. One might not hit the mark with every single attempt, but the process of learning and taking responsibility for it, is the key to defeating Impostor Syndrome. By placing faith in the teachings we are presented with and acting upon then, by not doing the bare minimum but using the knowledge we are given as a foundation to build upon and by trusting in the fact that people with more experience than us have faith in our abilities can reduce our notion of being an ‘impostor’ to a certain title or qualification.

Remember where you started from and look back to that point to see how far you have developed. These certificates indicate a level of competence and the process of learning can often be slow and imperceptibly subtle.

Trust in the process, these titles and qualifications are not the end of a chapter but only the start.